Were the bombs never supposed to explode? Investigators find devices were not armed as they zero in on suspect in Florida after 10 suspicious packages are sent to liberals

By EMILY CRANE and KHALEDA RAHMAN FOR DAILYMAIL.COM

The crude bombs posted to the liberal elite lacked a ‘triggering mechanism’ suggesting they were never meant to explode, experts who have seen photos of the devices claim.

There are no confirmed details yet on why none of the packages sent to the likes of the Clintons and Obamas exploded but the FBI had previously described them as ‘potentially destructive devices’.

Authorities described the devices as crude while security experts said their goal may have been to create fear rather than to kill.

‘What they wanted to do was scare people, cause disruption, but not necessarily hurt anybody, because if they’d wanted to hurt people the bombs would have gone off,’ Matthew Bradley, a former CIA agent, told Reuters. 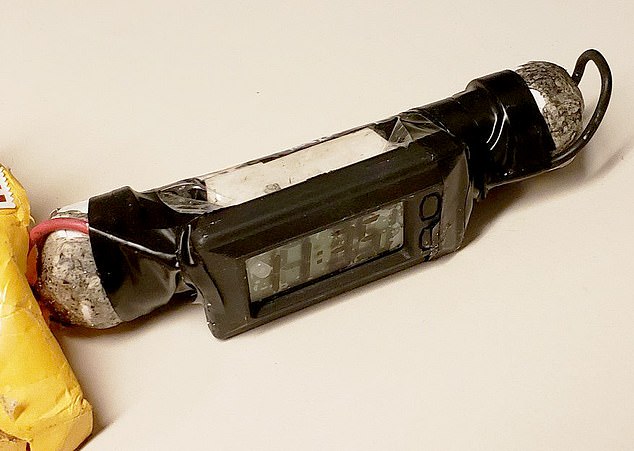 The crude bombs lacked a ‘triggering mechanism’ suggesting they were never meant to explode, experts who have seen photos of the devices claim