By ARIEL ZILBER and JENNIFER SMITH FOR DAILYMAIL.COM and ASSOCIATED PRESS

The suspected gunman who opened fire on a Pittsburgh synagogue on Saturday morning, killing at least 11 people and injuring several others, has been named as 46-year-old Robert Bowers, a Trump-hating antisemite who regularly complained on social media about the president and ‘the infestation of Jews.’

Bowers allegedly opened fire at the Tree of Life Congregation Synagogue in the Squirrel Hill area of Pittsburgh shortly before 10am. The synagogue was busier than usual with Sabbath services and because of a baby naming ceremony that had also been scheduled.

After opening fire on the congregation with three handguns and an AR-15, he was confronted by two Pittsburgh police officers who had been called to the scene as he tried to leave the building. Police say Bowers returned fire, injuring both of the cops, then retreated inside and ran to the third floor to hide.

He then engaged in a gun battle with a SWAT team and injured two of them before being shot multiple times himself and surrendering.

He is still alive, in a stable condition, and is in the hospital under the watch of police.

None of the victims have been named. Police revealed on Saturday afternoon that all of those killed were adults and that no children were harmed.

The six people injured include a 70-year-old man who is undergoing surgery for multiple gunshot wounds and a 61-year-old woman who is expected to survive.

Three of the four cops are likely to survive but a fourth, a 55-year-old law enforcement officer, is in a critical condition.

The entire incident, from when he entered the synagogue to when he was removed, lasted 20 minutes.

Attorney General Jeff Sessions said on Saturday that the federal government plans to file hate crimes and other charges against the alleged gunman – which carry the maximum penalty of death. 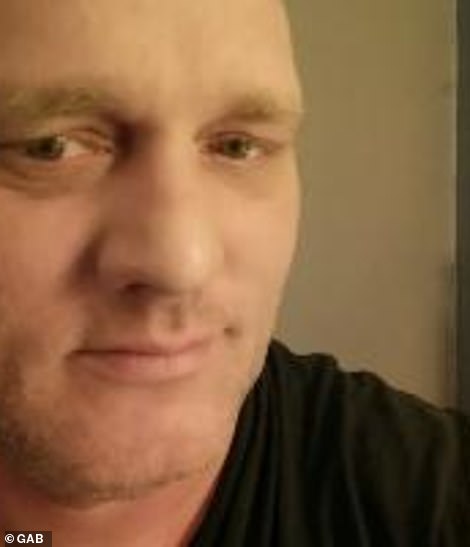 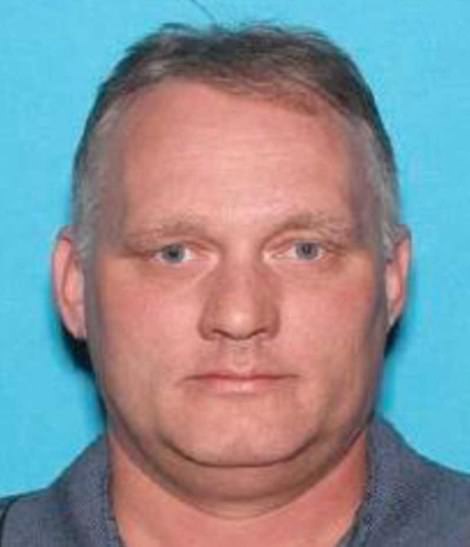 Robert Bowers, 46, has been identified as the suspected gunman who opened fire on a synagogue in Pittsburgh on Saturday. He is pictured, left, in his Gab profile picture and right in his driver’s license picture

Before the first reports emerged of the shooting, Bowers posted this on the social media website Gab. He was enraged by HIAS, the Hebrew Immigration Aid Society which helps Jewish migrants settle in the US, and said he couldn’t ‘sit by’ and watch ‘my people get slaughtered’

Bowers also shared photographs of his Glock collection on the website. He used several handguns and an AR-15 in the attack. Right, his cover photo included the white supremacist number 1448