More than 1,000 Hondurans trek to the US border in ‘March of the Migrant’ just days after United States called for tighter borders

More than 1,000 people, including families and women carrying babies, have set off from Honduras towards the United States in a mass migration march.

Some 1,300 people joined the so-called ‘March of the Migrant’ on Saturday – just days after the U.S. urged Honduras’ president to halt mass migration. 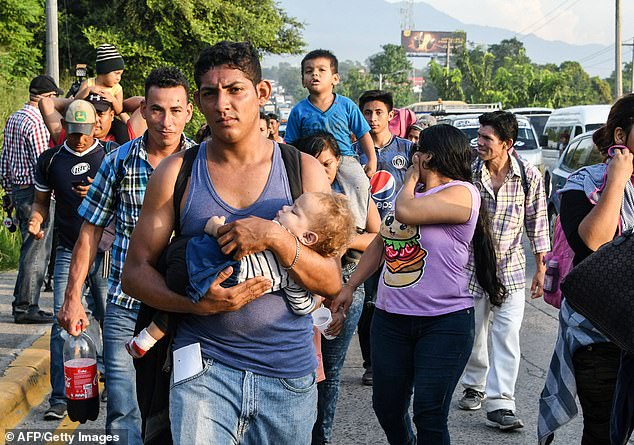 Some 1,300 people joined the so-called ‘March of the Migrant’ on Saturday from Honduras to the United States 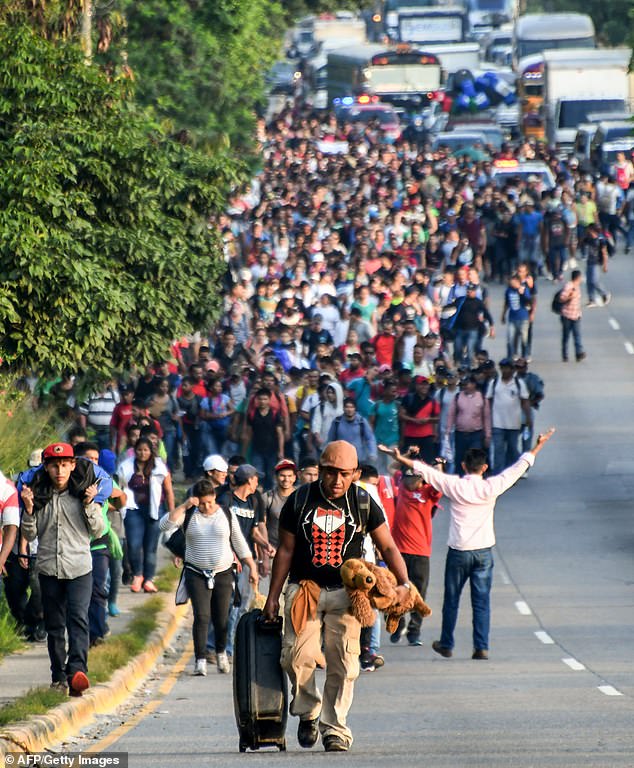 Hondurans walk towards the US from San Pedro Sula, 180 kms north from Tegucigalpa, on Saturday after deciding to leave their country due to insecurity

The group plan to walk from San Pedro Sula in northern Honduras through Guatemala and into Mexico.

Once in Mexico, they plan to request refugee status to remain in the country or a visa to pass through to the U.S. border, organizer Bartolo Fuentes said.

‘I believe we’ll get to the United States. There’s no work in Honduras, and you live in fear that they’re going to kill you or your children,’ said Fanny Barahona, 35, an unemployed teacher who walked with her nine-year-old son and carried a two-year-old daughter.

In April, media attention on a similar group of migrants, dubbed a ‘caravan,’ prompted Trump to press for tougher border security and demand such groups be refused entry.

Most in the caravan said they were fleeing death threats, extortion and violence from powerful street gangs.